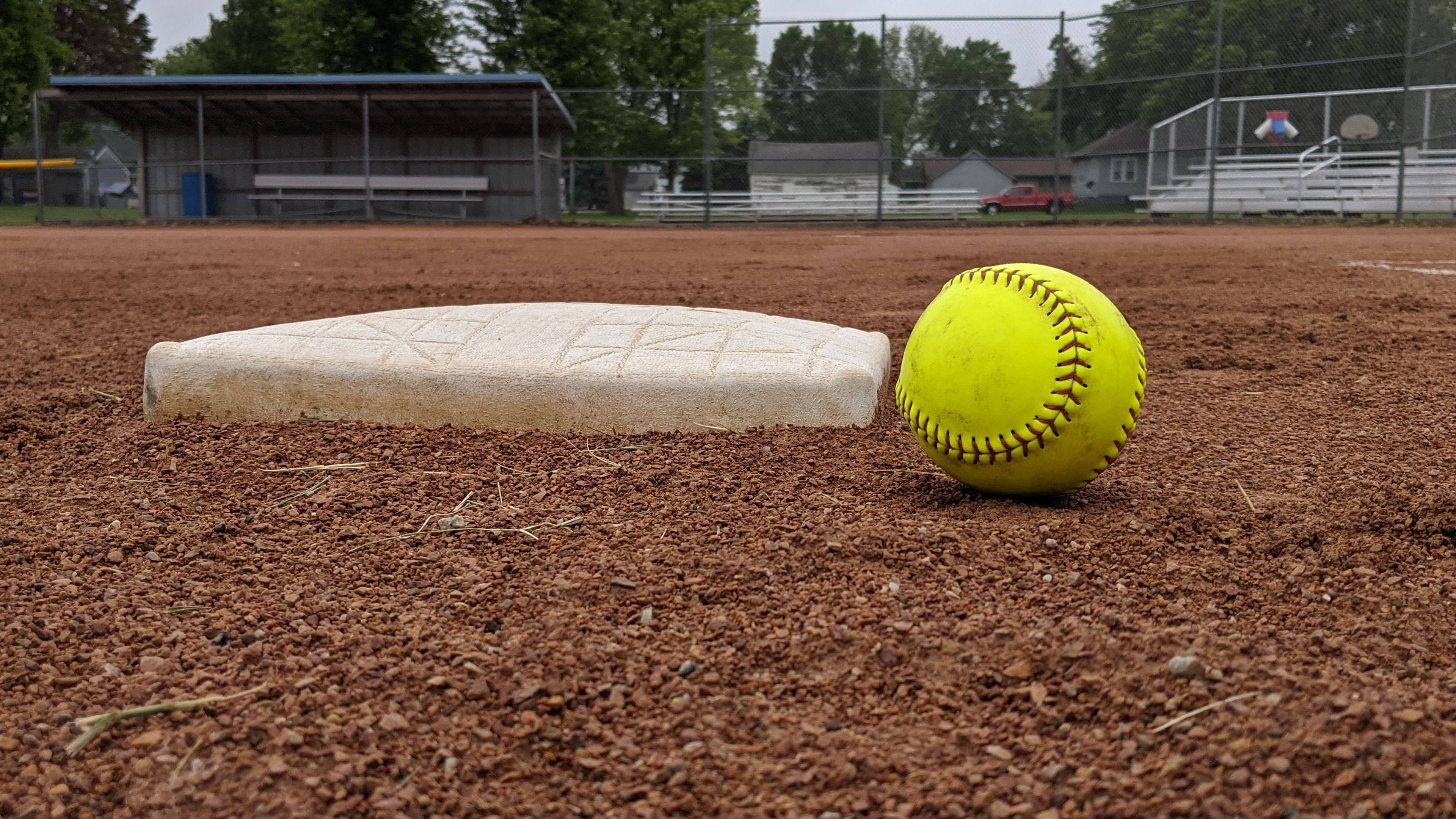 The Carroll Tigers had a long road trip Monday as they traveled to take on Winterset. The Tiger’s defense was able to find ways throughout the game to shut down the Huskies’ hitting, but in three innings, Winterset got plenty of runs on the board. In the bottom of the second, Winterset put up three runs scored and then went two innings without posting a run. Camryn Schable and Alyssa Brant shared time in the circle for the Tigers and combined allowed 14 hits, nine earned runs, and one strikeout. The Huskies kept the runs coming in the fifth with five runs scored and ended the game with one final run scored in the sixth to win it 10-0. Brielle Hinners, Vanessa Ayala, and Emma Kuhlmann all recorded a hit.

The Tigers fell to 7-10 overall on the season and 0-7 in the Raccoon River Conference. Carroll’s stacked week continues Tuesday, June 14th when they take on Storm Lake at home.

The temperatures were near 100 degrees as Kuemper traveled to take on Creston in a double header where they would fight well, but end up falling in both games.

In game one, both teams’ offenses went off for double-digit scores. Kuemper got their bats going first with a run scored in the top of the first inning and got three more home in the second. Creston wasn’t too far behind as they’d get three runners home as well in the second inning, to cut down the Kuemper lead to 4-3. It was a back-and-forth battle after that, Kuemper scored nine runs between the fourth and fifth innings, Creston scored eight between the fifth and seventh innings, and Kuemper added one more run in the seventh. All that adds up to a tied game at 14-14, bringing the game to extra innings thanks to Crestons’ two runs in the bottom half of the seventh inning.

Kuemper’s bats were anything but quiet in this game. Hailey Ostrander and Melinda Schaefer both went 3-6 with three runs scored, a double, and three RBIs. Jordan Schwabe was also able to go 3-6 and put up a double with two RBIs. Kaylie Diercksen had similar numbers, going 3-5 with a double and three RBIs. After another two scoreless innings between both teams, Creston was able to crack through with one final run in the bottom of the 10th inning to win it 15-14 in game one.

Game two for Creston went a lot smoother for them and was a bit difficult for the Knights. Creston rattled off 12 hits and was able to get consistent scores throughout the game. They’d score one run in the second and third innings, two in the fourth and fifth, and cap off their game two with three runs in the fifth. Kenzie Schon for the Knights had the only run scored as she hit a home run ball into left field. Despite a high-scoring game one, the Knights would fall in game two by a score of 9-1.

Kuemper following these two games falls to 9-11 overall on the season and 6-3 in the Hawkeye Ten Conference, ending a solid six-game winning streak. The Knights are back in action with another double header on Tuesday, June 14th when they travel to Lewis Central.

The Audubon Wheelers battled the heat Monday and took on Riverside in a double header and celebrated a no-hitter and then suffered a close loss to the Bulldogs.

In game one, a majority of the runs scored by the Wheelers were thanks to Riverside walking their hitters. In the first inning alone, Audubon had seven walked batters and was able to put up nine runs. Michelle Brooks was able to score the lone run in the second inning for the Wheelers off a fielder’s choice and gave them a 10-0 lead. Even more walks and errors on the Riverside side of the field allowed Audubon to get home and score again, leading them to a 14-1 victory after three innings of play. The biggest part of game one was Kali Irlmeier who was able to throw a no-hitter, allowing only two walks and a run scored in three innings of work on her way to a big accomplishment on the season. The defense for the Wheelers also didn’t commit a single error, adding to the sweetness of the game with one win.

Game two, however, was a much closer game. Both teams started off with a run scored in the first inning, and for Audubon, it was Kali Irlmeier who got Jordan Porsch home off a double. The Wheelers jumped ahead 3-1 in the second inning when Jordan Mulford scored off a single from Porsch and Mattie Nielsen reached home off an error to give them the lead. Riverside started to jump out and eventually tied the game in the top of the fourth at 3-3. That tie was short-lived as Kylee Hartl got the Wheelers back out in front with a sac hit to center field to score Hannah Thygesen, taking the 4-3 lead. Riverside’s bats started to come alive in the sixth inning as they scored three runners, taking their first lead of the game at 6-4. Audubon’s final chance to tie to take the lead came after a scoreless sixth inning and shut down top of the seventh where Riverside was left without another run scored. Kylee Hartl got the offense off to a great start with a home run ball to cut down the Riverside lead to 6-5. Despite the start, the Wheelers were unable to end it and only got one runner on the bag before they were defeated 6-5 by the Bulldogs.

After both games, the Wheelers improved to 5-6 overall on the season and 3-6 in the Western Iowa Conference. They get right back to action on Tuesday, June 14th when they take on Treynor at home.

The Ar-We-Va Rockets had a solid night as they took on CAM Anita Monday, but the Cougars were just one step ahead of the Rockets. Both the Rockets and Cougars both got on the board in the first inning, with Ar-We-Va’s Kora Obrecht getting Jamie Hausman home off a fielder’s choice. After a scoreless second inning, CAM Anita got their bats alive again with a run scored in the third inning and another four in the fourth inning, to take the 6-1 lead. Amber Ragaller was the lone pitcher for the Rockets in the circle for six innings, and while some errors gave the Cougars opportunities, she only allowed four hits all game and the defense behind her did a great job all around.

Ar-We-Va was able to break out of their scoreless run with a two-run sixth inning. Hausman was able to get on base with a single and was later brought home by Obrecht again off a double play. Delaney Schurke was able to reach base with a single and get Obrecht home as well, cutting down the CAM Anita lead to 6-3. The Cougars quickly got back up by five runs with their own two-run inning to get up 8-3. Ar-We-Va’s final push came in the seventh inning when they were close to victory. The Rockets loaded up the bases and Obrecht got her third RBI of the night as she was walked. Sophie Jackson was also walked which scored another run. The Rockets kept rolling as Schurke also got her third RBI of the game as she knocked a two-RBI single to left-center field, cutting down the five-run CAM Anita lead down to one run at 6-5. Despite putting up a great two-out rally, a final strikeout did it for the Rockets as CAM Anita scaved by with a 6-5 win.

The Rockets continue their week of competition as they take on Exira-EHK on Wednesday, June 15th at home.

The Coon Rapids Bayard Crusaders got their week off to a rough start as they took on the top team in the Rolling Valley Conference, Exira-EHK. The Spartans were first on the board in the first inning with two runs while Coon Rapids Bayard got their offense going in the second inning. Breeley Clayburg was able to knock a base hit into center field where she was able to get to third base. After a pass ball, Clayburg was able to get home and cut the Spartan lead in half at 2-1. Exira-EHK quickly grabbed the lead back in the bottom half of the second inning with three runs to lead 5-1. It was all Spartans from that point on with five more runs in the third and three more in the fourth en route to a 13-1 victory in five innings.

The Crusaders will fall to 6-5-1 overall on the season. They will take on Grand View Christian on Tuesday, June 14th.

The East Sac Raiders faced off against the Twin Lakes Conference-best in Newell Fonda Monday in a losing effort. The Mustangs got on the board quickly in the first inning with all six of their first batters getting home to lead it 6-0 early. They followed that up with two more runs in the top of the second inning and ended the game in the top of the third with eight runs to win it 16-0. Gracie Snyder and Kami Ross both went 1-1 in their at-bats while Ross in the circle recorded two strikeouts.

The Raiders continue a jam-packed week with a home game against MVAOCOU on Tuesday, June 14th.

The South Central Calhoun Titans put on a home run clinic against Alta Aurelia, but were unable to pull away for the win Monday. Both teams were sizing each other up in the first two scoreless innings, and then the Warriors got on the board in the third with two runs. South Central Calhoun was able to grab a run scored in the top of the fourth to cut that Warrior lead in half at 2-1. Alta Aurelia had a big response in the bottom of the fifth with a game-high six-run inning to lead it 8-2. Despite trailing, the bats for the Titans were hot all game long, including Keira Hammen crushing two home runs for four RBIs and two runs scored, and Mady Smidt getting a home run of her own for an RBI. Alta Aurelia did outhit the Titans 10-7 and was able to put up two more runs in the sixth to lead 10-2. South Central Calhoun did try for a late-game comeback with a three-run seventh inning, but their plans were thwarted as Alta Aurelia closed out the inning and won 10-5.

Onna Haupert spent the entire game in the circle for the Titans, allowing 10 hits, four earned runs and recording five strikeouts in the loss. The Titans return to action on Wednesday, June 15th when they take on Pocahontas Area at home. 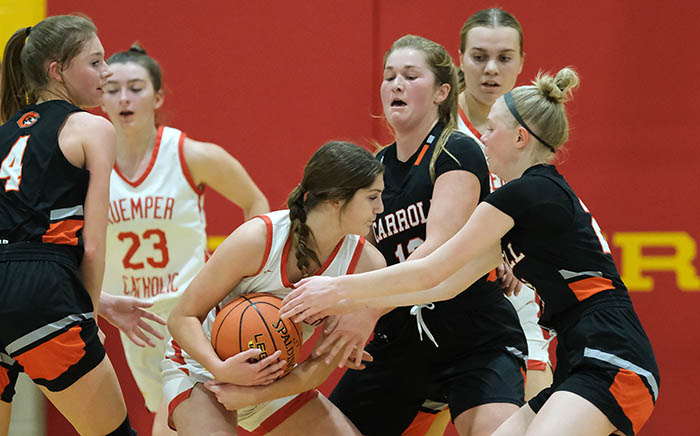 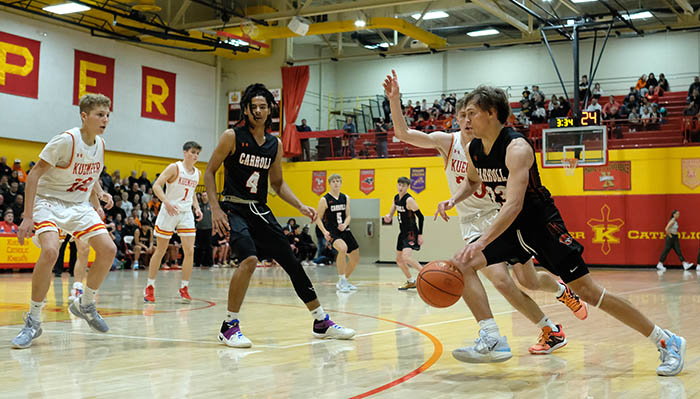 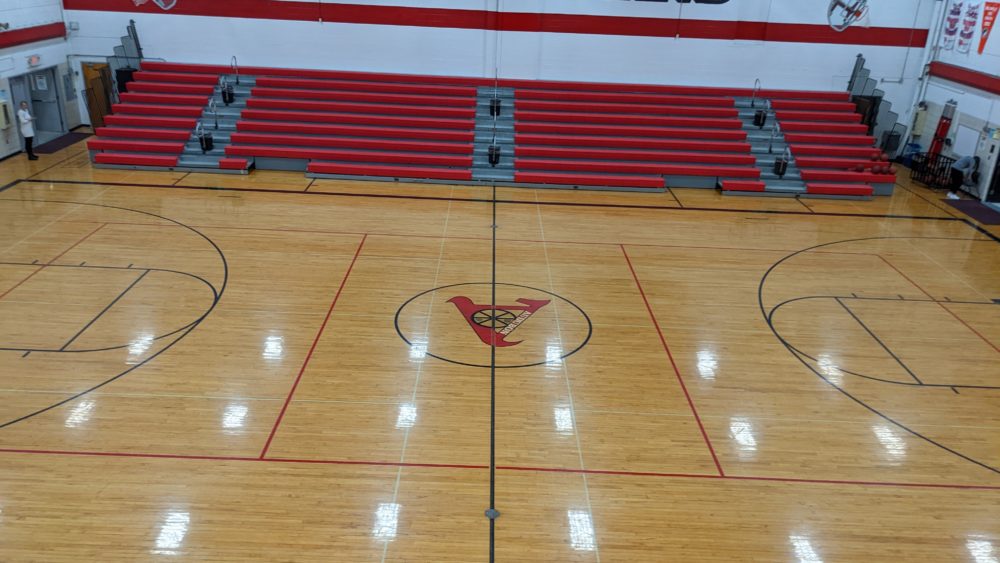